“Philadelphia at Eye Level” is a reference to “The City at Eye Level”. I am on a Greyhound bus from Philadelphia to Pittsburgh to be picked up by my family on their way to Erie. My family is driving from North Carolina. We are going to visit my grandma in Erie then my other grandma in the Cleveland region. Since I want to learn more about Columbus’ smart city projects, my family agreed to visit Columbus before taking me to the airport next Saturday.While the Greyhound bus has WiFi, it isn’t working to access WordPress on my laptop so I am writing this post on my phone. Due to this, I expect to write a short post. Since I want to focus on being with my family when I arrive in Pittsburgh, I do not expect to write a blog post when I am with my family.

Since typical neighborhood bike routes in other US cities have many turns, I was impressed that I was able to bike for miles in South Philadelphia without having to look for where to turn next. As the rose diagram in the below diagram and this link show, the entire Philadelphia street grid is not easy to use. However, my focus was on how easy the street grid was for biking, walking and riding transit. I did all of these modes in Philadelphia. 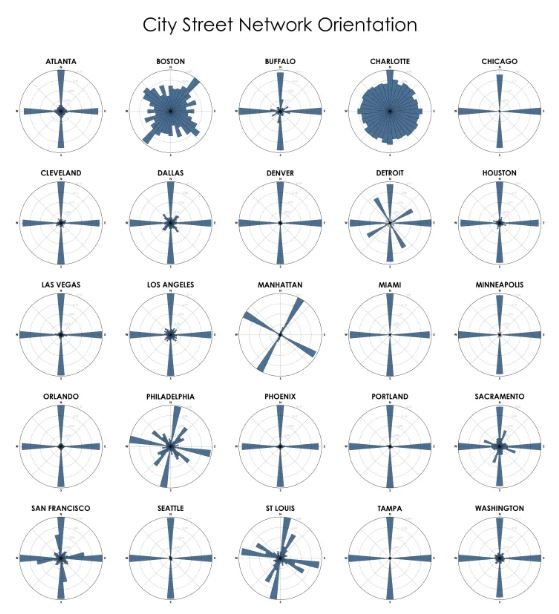 Due to the fact that most Americans are automobile dependent, I feel comfortable stating that the most direct streets in the US are prioritized for motorists. While this is still common in Philadelphia, I was shocked by how many designated neighborhood bike routes used the most direct streets. Unfortunately, these routes have stop signs or signals on almost every block so I was forced to constantly stop. I saw many local cyclists proceed through these intersections without stopping. I believe there were local cyclists because they were not riding an Indego bikeshare bike. Since Portland purposely flips the stop signs on the neighborhood greenways to have the stop signs be on the cross streets, I was amazed by how much of a difference this simple change makes on the biking experience.

In addition to critiquing the designated neighborhood bike routes, I critiqued Indego. Ever since I helped plan for Indego’s launch in 2014 during my transportation planning internship at Toole Design Group, I have been wanting to visit Philadelphia to see my work on the ground. It was an awesome experience!

While biking helped me move through Philadelphia faster, I found it easier to explore the city by walking. The Magic Gardens on South Street were amazing to explore! They also have rich and controversial history. Since Philadelphia mosaic artist Isaiah Zagar did not own the vacant land that he used to create the magic gardens, the gardens were almost destroyed when the developer that owned the land decided they wanted to build on the land. Thankfully, the community cared enough about the gardens to preserve them. 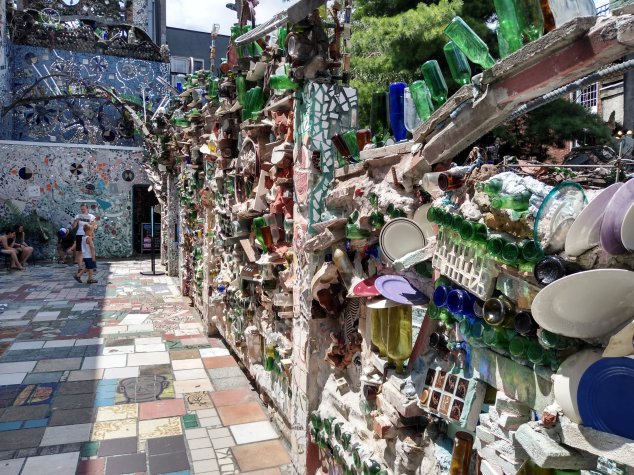 I also found this cool bar!

Even though I rarely drink, I had to try a drink at a bar with my name! I asked for a Philly drink, so the bartender gave me a Kenzinger. Since the bar has locals, I asked them where to get the best Philly Cheesesteak. They recommended Angelo's, so I'm biking there next. They said Geno's and Pat's are tourist traps and locals avoid them.

A major reason why I wanted to visit Philadelphia was to experience and learn more about its rich history. While many cities have rich histories, I doubt any city can compete with Philadelphia’s Independence Day history. As a geographer and planner, I was amazed by the Mapping a Nation: Shaping the Early American Republic exhibit at the American Philosophical Society! I could spend hours reading and researching all the notes on this 1757 map for the British government. Museum staff said surveyors often spend hours reviewing this map. Since maps were used to remove Native American claims to land, I wish the exhibit included maps drawn by Native Americans.

As a geographer and planner, I was amazed by the Mapping a Nation: Shaping the Early American Republic exhibit! I could spend hours reading and researching all the notes on this 1757 map for the British government. Museum staff said surveyors often spend hours reviewing this map. Since maps were used to remove Native American claims to land, I wish the exhibit included maps drawn by Native Americans. 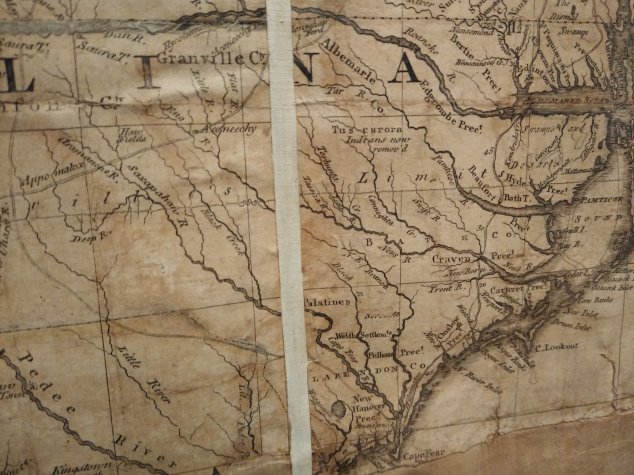 My Greyhound bus is about to arrive in Pittsburgh, so I need to publish this post.